After writing my old car off and needing a new one, my cousin suggested I go to Steve for a car. I called him about a car I initially wanted but he didn’t have one. Having realised that car wasn’t suitable I called Steve again after looking at his website and decided on the car I wanted. I called Steve back and asked him if I could test drive it. We arranged a meeting the next day. When I got there the car was ready and was beautiful inside. I took it for a drive, social distancing was adhered to. We got back and whilst I was still looking at the car he offered me a drink and left me alone to decide what I was going to do. When he came back I had some questions and he showed me the things I had asked for as when I had googled that make and year and model of car I had a couple of concerns. He answered me honestly and showed me various things on the car. I made the decision to buy it and agreed to pick it up 2 days later. When I arrived the car had been given an MOT and valeted. We went indoors to sign the paperwork and once done he brought a bouquet of flowers as a thank you for buying it. They also give 12 months free AA cover. I strongly advise if you want a low mileage car please call in here. 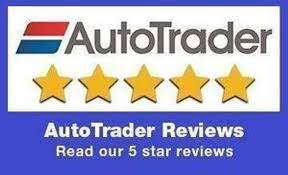